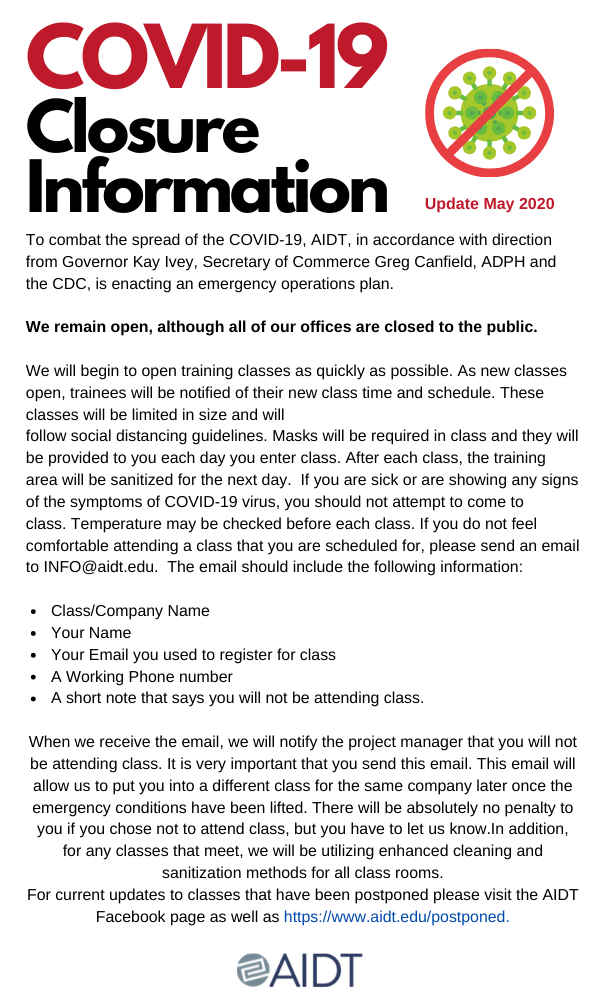 Upon completion of this class, the student should be able to:

The Alabama Robotics Technology Park is designed to close the skills gap within the robotics industry, while also ensuring that students obtain training on the latest robotic technology in the industry.